Back in the early days it was all about a massive and rumbling V-twin mounted on a rigid chassis. If you wanted to take it down the highway, you would simply fit it with a windscreen. The idea was to keep the bike weighing as low as possible, sometimes even contradicting the manufacturer’s vision related to certain products. “What about the Front Brakes: ? Who needs them, anyway?” You could hear that on a daily basis.

With the Year: s passing by, manufacturers had tried to keep the rhythm imposed by the rebel customers so we witnessed motorcycles displacing more and more cubic inches. That happened until the Triumph Rocket ||| saw the production line. American builders formed a new idea on massive cruisers and it seems that some thinks simply never change as the Rocket ||| is still the best performance cruiser ever to see the streets.

First launched at the end of 2004 as a 2005 model Year: , the Triumph Rocket ||| wrote a big page of history with the help of its 2300cc three-cylinder motor featuring 101.6mm pistons. The 240mm rear tire was also a first and received appreciation for the motorcyclists all over the world. The bike was a great success as riders rushed to buy the cruiser with a sportbike heart.

But what not many people know is that Triumph had long developed the Rocket |||. It all started with an idea back in 1999 when new models were sketched, but had the luck to be produced and marketed earlier. Frankly, they based on Triumph’s heritage, totally apart from the new bike that thrilled everyone even from the drawing board. 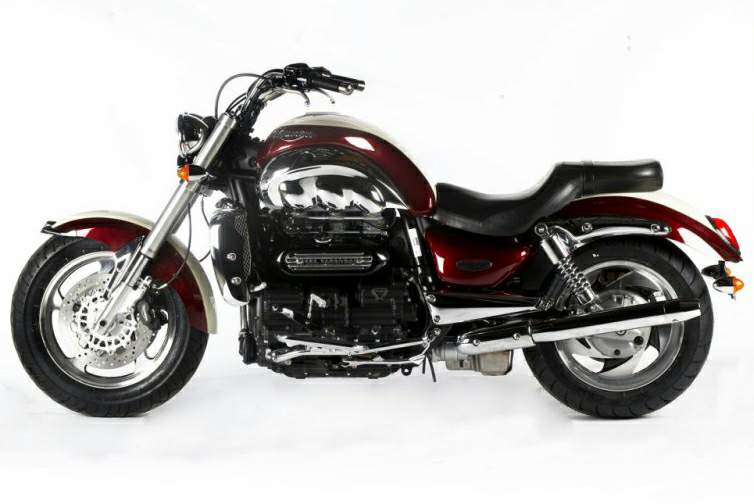