Ducati has always prided itself on building no-compromise sport bikes, as well suited to the track as to the street. By and large, its GT-style bikes have always been moderate sellers at best. Its sport bikes, though, have been considered the “ne plus ultra” of motorcycling. When the Ducati 750 Super Sport was released in 1973, it was accorded instant classic status. It was also the most desirable production racer available. Based on Ducati’s Imola-winning bike of 1972, the SS boasted impressive credentials right from the start.

The Engine: was a 90-dcgree V-twin; the valve actuation was unique in that it was desmodromic, or Desmo for short. In the Desmo Engine: , the valves are both opened and closed by the camshafts. The opening cycle is accomplished as one would expect; the cam lobe pushes down on a hardened lash cap setting atop the valve. To close the valve, an additional lobe is called into service. This pushes down on an inverted rocker arm with a forked end. This fork works against another adjuster (and keeper) located on the valve stem. 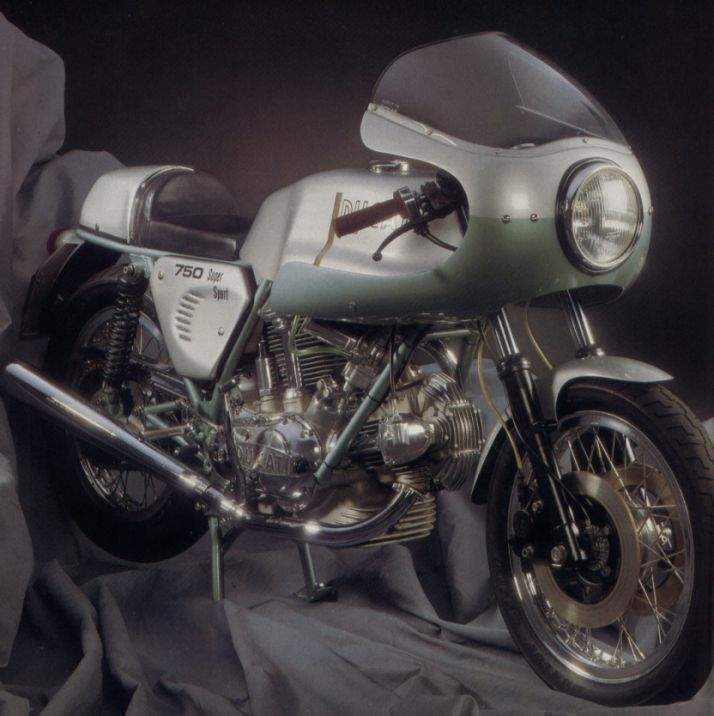