The Ducati F1A and F1B were true race replicas, street-going versions of the first of the “rubber band racers,” the four-time world champion 6()0ccTT2. The TT2 was built for the 1981 Formula 2 World Championship. With British racer Tony Rutter on board, they won not only the 1981 championship, but the 1982, 1983 and 1984 championships as well. In 1982, Fabio Taglioni, chief of design, and Franco Fame, race team boss, decided to develop concurrently a 750cc racer to compete in Formula 1. While the 750 was never as competitive in Formula 1 as its smaller stablemates had been in Formula 2, it soon proved to be the hot set for the newly formed and very popular “Battle of the Twins” class. The bikes did exceptionally well in both club races and world championship events.

Before long, enthusiasts began to clamor for a road-going version of the race bikes, preferably the 750. At the same time, Ducati street bikes had lost their edge; they were no longer the sharply focused sport bikes they had once been. In fact, they were shadows of their former selves and losing more ground on the sales floor to the Japanese every day. In 1985, Ducati decided to build the machine that would ultimately put it back on top – the racer-replica F1A. Unfortunately, 1985 saw Ducati caught between a rock and a hard place. 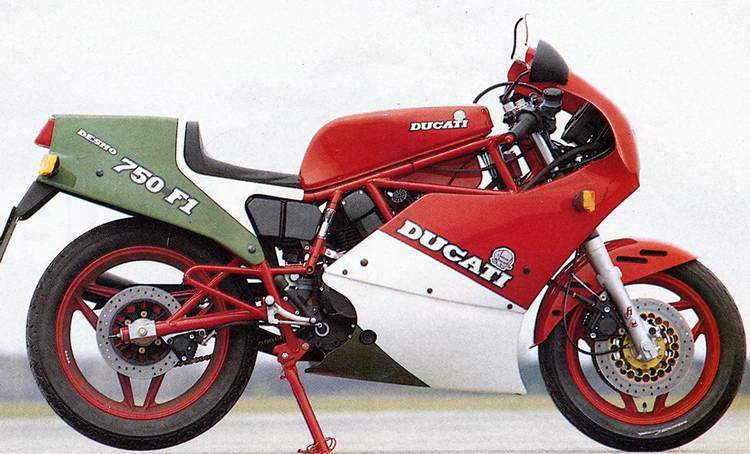