It was during the early 1970s that the superbike war between the major Japanese factories broke out. Honda had already introduced the four-cylinder CB750 in 1969 and it did not take long before Suzuki weighed in with their new superbike contender. Suzuki, however, took a completely different route with their machine, the GT750. For a start their superbike was a two-stroke of 750 cc, the largest two-stroke ever to be put into mass production. Set across the Frame: the Engine: had three cylinders and was water-cooled. Although marketed as a direct rival to the Honda CB750 it soon became obvious that the Suzuki lacked the outright performance of the Honda and eventually the GT750 found its own little niche as a high-speed tourer. Nevertheless it was still a fascinating machine. 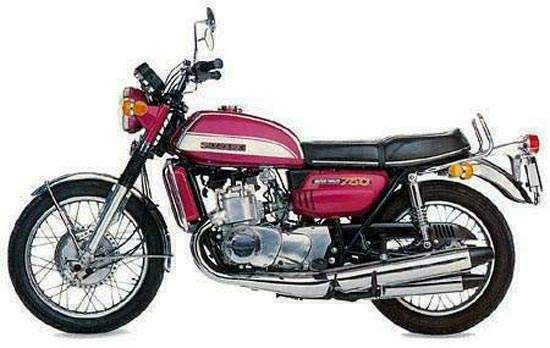