The GSX400FW caused a small sensation when it was launched in 1983. 52 bhp from a 400cc four-stroke, combined with a sporty, almost racer-likechassis was a great new model from Suzuki. The liquid-cooled Engine: was slightly heavier than its predecessor but could be revved up to 11,500 rpm and deliver more power. The handling of the bike was considered a s very good, the disc brakes excellent (the rear brake was almost too good). It was a full-size bike and could be ridden with a passenger, but the huddled-up riding position and the need to use very high revs to get the most out of the Engine: could be annoying in a long run. The fuel economy was slightly worse than with other 400cc bikes but still quite good. 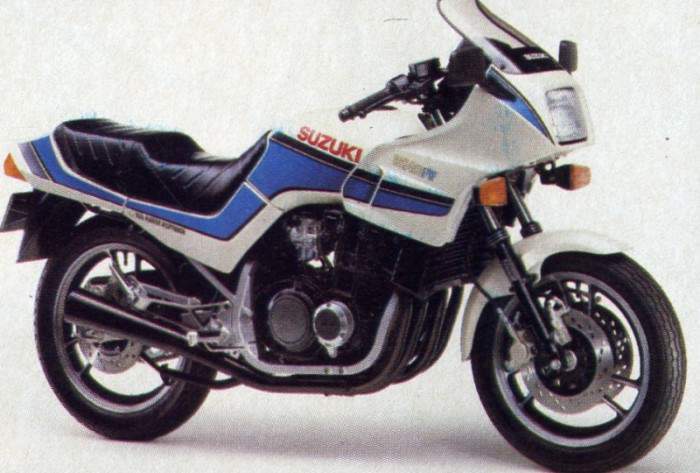