Though Ducati is celebrated for its sport ing V-twins, in 1948 the degree project of Ducati’s technical director, Fabio Taglioni, had been a 250cc V4. In 1958 he created the smallest in-line four of its day, a racing 125; though it never ran under the Ducati name, it was revived in 1965 and raced under the colors of Ducati’s Spanish subsidiary Mototrans.

The idea for a new four cylinder Ducati came from Joe Berliner, the marque’s American importer, in 1959. His brainstorm was to tender for the supply of motorbikes to the American police, who were constrained by anti-trust legislation to consider alternatives to the Harley-Davidson. The specifications called for a displacement of at least 1200cc and 5.00x15in tires. Berliner partly financed the project and dictated its conditions. It was a tremendous challenge for Ducati, whose biggest models had previously never exceeded 200cc.

Taglioni chose simplicity, following the philosophy of big American V8 automobiles in opting for a V4 with overhead valves operated by a single camshaft mounted between the cylinders. It took two Year: s in build the prototype, which was finished in 1963. Two Engine: s were built: a touring version with twin 24mm carburetors, developing 80hp @ 6000rpm, and a performance version with 32mm carburetors, whose 100hp @ 7000rpm translated into a top speed close to 100mph. 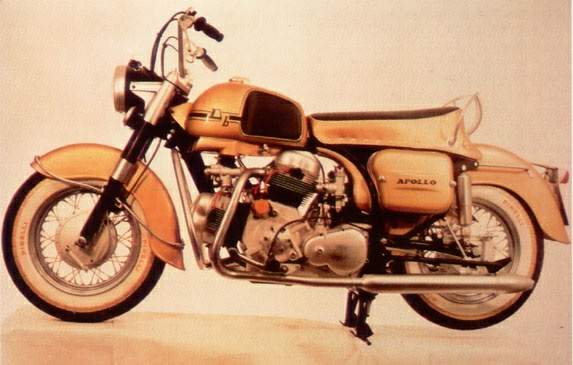