The 138mphKB1. Massimo Tamburini decided to revamp his MV Agusta 600 back in 1970. This enthusiast from Rimini scrapped the bike’s original Frame: and substituted one of his own manufacture. He uprated the Engine: and then made his own chain final drive to replace the MV’s shaft system. So enthusiastic were press reports when the bike was unveiled that Massimo soon had people begging him to manufacture rolling chassis for their Engine: s. Thirty lucky Honda 750 owners were the first to benefit from the Engine: er’s skills and. when they announced that they were more than happy with their bikes, Massimo decided to close down his plumbing business and set up a bike factory. His factory not only produced rolling chassis, but racing models too, and the Bimota company’s Frame: s sheathed the works machines of Yamaha and Harley-Davidson, which Cecotto and Villa took to a total of four World Championships between them. The first series production bike built by the three directors of the company, Blanchi, Morri and Tamburini, 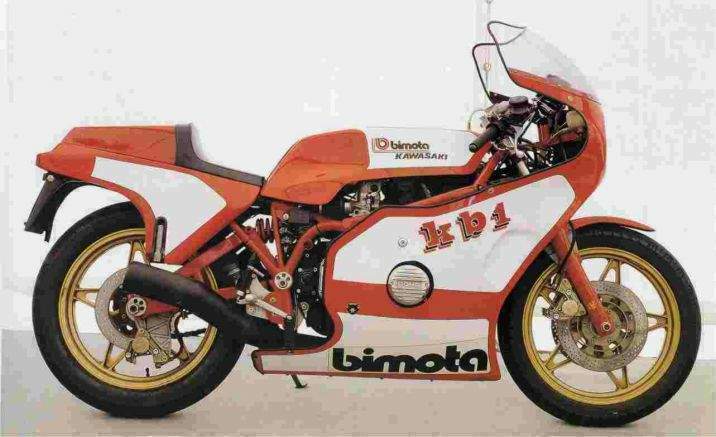